Pisogne is famous for the sanctuary of Santa Maria della Neve which presents an extraordinary series of frescoes. The task of decorating the sanctuary was committed to Gerolamo Romanino at the beginning of 1530: here starts to “Camuna” phase of the painter, which will take him to Breno and Bienno, in a path that allowed him to express all its expressive ability. 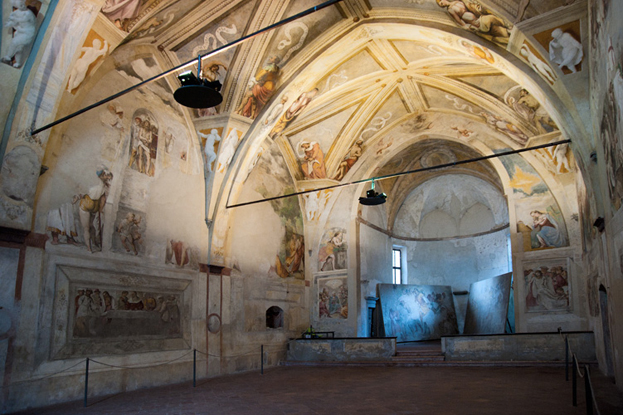 The iconographic project that Romanino has realised, so unitary and totalizing to cover the paintings that had already been completed, occupies the vault, the holy arch, the side walls and the facade. Originally, it extended to the area of the apse, the outside, the north wall and the chapel situated on the south side.