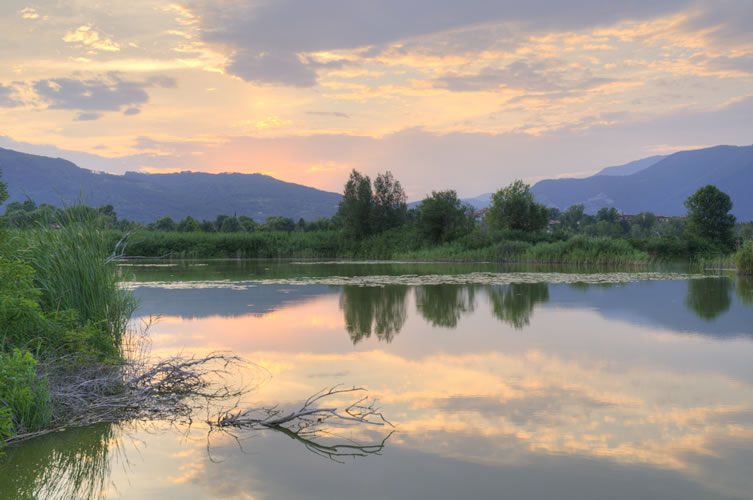 On the southern shore of the lake there is a natural reserve that covers an area of 360 hectares, the Torbiere Reserve, a wetland , composed of groves of reeds and water. A visit to this place is a must (also by bicycle), being careful not to scare the animals that live in total freedom. The area is considered one of the most important European bird-watchers paradise, in fact seventeen species of nesting birds live in this area, such as the reed warbler , warbler , the little grebe , bittern , the water rail , the bunting , the Marsh Warbler , the Savi's Warbler , the garganey , the spotted crake , the cuckoo, the sedge warbler , the commuter rail, coot, mallard, moorhen , Cetti's warbler and other migratory species. In the waters of the Torbiere Reserve live the pike, catfish , eel , perch, carp , tench, etc. Also the vegetation is remarkable, on the shore abound reeds, marsh reeds and straws , there are large trees such as poplar or alder . 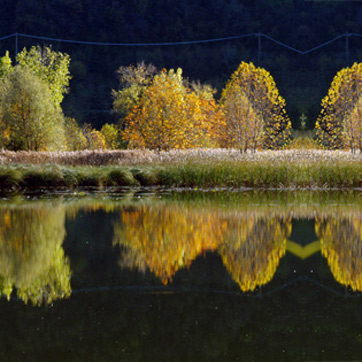 Moreover on the water there are beautiful floating water lilies. At the entrance of the Reserve is situated a fountain from the XVII century, once used as a public laundry. From the fountain gushes out the fresh water from the rock of Madonna del Corno. Just a few hundred meters from the Reserve is situated the San Pietro in Lamosa Monastery, a monastery from XI century, where there are frescoes of fourteenth , fifteenth and sixteenth centuries.